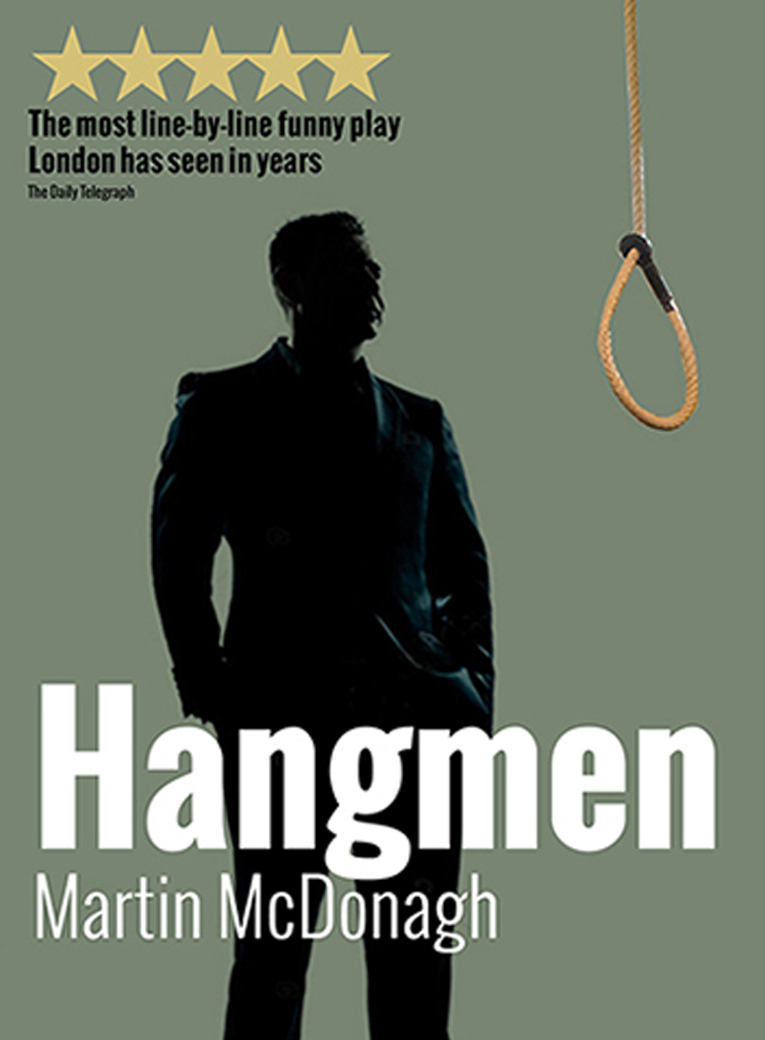 Hangmen is Martin McDonagh’s first new play in more than ten years. It premiered at the Royal Court Theatre London in 2015 to huge critical acclaim. Decadent will schedule its Irish premiere when Covid-19 restrictions are sufficiently eased.

In his small pub in Oldham, Harry is something of a local celebrity. But what’s the second-best hangman in England to do on the day they’ve abolished hanging? Amongst the cub reporters and sycophantic pub regulars, dying to hear Harry’s reaction to the news, a peculiar stranger lurks, with a very different motive for his visit.

Pitch-perfect… Perhaps the most line-by-line funny play London has seen in years… Takes you brilliantly, without any crude coercion, to the heart of serious questions about justice and punishment. – Daily Telegraph

As a director, Martin McDonagh’s plays are hugely satisfying to work on. They have a unique language and rhythm, like a well written piece of music.  The rehearsal process is about helping the actors to find that rhythm, and sourcing the necessary energy to breath life into the words.

Martin’s characters are joy to work with and a great strength to his work. They feel real. Audiences recognise them. Yet despite this naturalistic quality they also have a heightened cartoonish dimension. Finding the balance is a huge challenge in a collaborative process and one that actors and directors relish. His popularity and success are due to his brilliant writing and the fact that attending his plays is a profound theatrical experience.

I love the care he takes with his characters and the way he plots. He is certainly dark. He’s king of the macabre, with extremely twisted plot lines that you can’t help but laugh at even though you know you probably shouldn’t. A bit like Synge, he introduces a rugged violence amongst characters that can be frightening yet very, very funny. A Martin McDonagh play brings the audience in and takes them on a journey. As well as the laughter and fun, you’ll hear gasps, you’ll experience moments of horror and shock. A Martin McDonagh play is just a great night in the theatre.