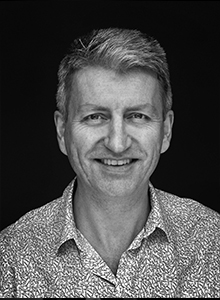 KEN BOURKE has been working as playwright for 25 years. He had his first professional production, Wild Harvest, with Druid in 1989. His first “Buck Jones” play, Galloping Buck Jones, was premiered by Tinderbox, 1994; The Hunt for Red Willie was premiered by The Abbey, 2000; Buck Jones and the Body Snatchers, produced by Joan Sheehy, was nominated for Best Production in the Irish Times Theatre Awards, 2008.

Ken has worked with Barnstorm in Kilkenny on several projects: their production of Wild Harvest, 1994; the Castlecomer community play, The Comer Story, 1997; and The Ballad of Rory Roe, 2000.  His play for young children, Little Rudolf, was produced by Barnstorm in 2006.   He has acted as script editor with Barnstorm on a number of projects, and he has read and commented on scripts for Devious Theatre Company as part of their development process. Also in Kilkenny, following an extended collaboration with the company, his play The Lost Prince was produced by Equinox Theatre Company in 2011.