Eden is the powerful story of an ordinary relationship on an extraordinary weekend. Billy and Breda are approaching their 10th wedding anniversary. Breda is determined that this will be the weekend that saves their marriage. But Billy is more concerned with Imelda, the beautiful young woman he has his eye on. From the writer of hit RTÉ drama Pure Mule, Eden is a story of stale love and fresh lust in the Irish midlands. Eden was the winner of Best New Play at both the Irish Times Theatre Awards and the Stewart Parker Awards in 2001.

As Eden approaches its denouement at a post-nightclub house party, Billy grabs the arm of his friend and lodestar, Tony. Billy chides Tony, better known as ‘James Galway: The Man with the Golden Flute’ due to his sexual prowess, for wasting time at this party with his new girlfriend when he could be in Dublin with his other woman. “Jaysus,” Tony retorts as he pushes Billy’s arm away, “don’t believe everything I tell you.” The exchange provides the bass line for Andrew Flynn’s absorbing production which unflinchingly exposes the power of story to convince and corrupt, and the discrepancy between appearance and reality.

Set in an Irish midlands town at the turn of the twenty-first century, Eden is a tense two-hander charting a critical weekend for Billy, Breda and their moribund 10-year marriage. After a self-imposed social exile, Breda has lost weight and is determined to rejuvenate her marriage. But Billy is focused on the much younger Imelda and believes that this is the weekend when their mutual attraction will be consummated. While both characters are on stage for the entire play they never speak to each other, instead delivering interlocking monologues. Premiered at the Peacock Theatre in 2001, Eugene O’Brien’s script is drenched in a colourful vernacular and is funnelled through the teeming anarchy of the midlands accent. Eden inhabits the same geographical and cultural hinterland as its offshoot, O’Brien’s celebrated TV series, Pure Mule.

Patrick Ryan’s Billy adopts a uniform position for almost the entire production: hands in his pockets, feet forming a rigid V-shape with the audience, his face franked by an uncomprehending stare that’s halfway between drunk and hung-over. In a compassionate portrayal of a complex character, Ryan’s performance is suffused with Billy’s bravado while simultaneously prising open the locks of Billy’s vulnerability. As Ryan’s conflicted facial expression attests, Billy is garlanded by insecurity: he is the nonchalant man-about-town who drinks heavily every Friday, Saturday and Sunday (“the holy trinity”) and yet his touching refrain is “I shouldn’t be here.” Ryan presents a riveting distillation of these strains, conjuring an aimless, gullible character: a lost child in a sea of unhearing adults.

In contrast to Billy’s unswerving posture, Lesley Conroy’s movements mirror Breda’s fluctuating fortunes. Initially sitting with her arms folded as she reveals her sexual fantasies, Conroy thaws when invoking Breda’s confidant, Ailish. When Breda recalls their arrival in the pub, Conroy becomes animated and remembering the compliments about her weight loss breaks into a smile like a flower opening up to the sun. As Breda’s plans unravel and she realises that Billy won’t be coming home with her, Conroy invests Breda with genuine poignancy, her voice cracking as tears stream down her face. If Conroy captures aspects of Breda, however, she never fully inhabits the character and there’s a gnawing sense that Breda, distinguished by her generosity, remains frustratingly opaque and elusive.

Eden’s emotional torque is fuelled by fundamental differences of interpretation. Breda views Billy’s improved mood as evidence that her weight loss is helping to rehabilitate their marriage, but Billy’s new-found glow is rooted in his belief that his lust for Imelda is reciprocated. Flynn’s agile direction harnesses the concomitant pathos and splices it with a resonant chronicle of the shifting power balance between the protagonists: as Breda’s confidence burgeons, Billy’s ostensible assurance is stoutly eroded.

The tenor of Flynn’s direction is accentuated by Ger Sweeney’s sparse set. Behind the characters stands a huge modernist painting, evoking Jackson Pollock: its unconscious, childish scrawls suggest both Billy and Breda’s psychological immaturity and their disjointed relationship. Mid-stage is a long timber bench, inventively featuring a small, inverted U-shaped metal barrier on top of one end of the bench to help evoke a scene by the canal. Tracking the arc of Billy and Breda’s relationship over the weekend, Ryan and Conroy begin at opposite sides of the bench, move towards the middle as their marriage appears to recover, and then retreat to their original positions at the conclusion.

Petra Breathnach dresses Billy in black slip-on shoes, jeans, and a polo-shirt; Breda’s disparate combination of a formal, knee-length red dress and a denim jacket encapsulates the tension between the character’s hunger for the new and the comfort of the familiar. Billy and Breda’s separateness is underlined by Mike O’Halloran’s subtle lighting. For the most part, each character is lit by a different light; when one speaks the other is in darkness. During the frenetic nightclub scene when Breda recalls kissing Billy, however, both characters are lighted and, when the club ends, are then saturated in dazzling white.

The interweaving of O’Brien’s script and Flynn’s taut direction forges an immersive experience. Ryan and Conroy’s mastery of the nuances of the accent lends a pulsing verisimilitude to O’Brien’s acute, vivid sense of place, underscored by the reiteration of the pubs (Kavanagh’s, Mac’s, the Corner Bar, Flanagan’s, etc.) Billy frequents and the characters who inhabit them (the Rat, the Mule, the Banana O’Briens, etc.).
Such is the intimacy/claustrophobia achieved by Decadent’s re-creation of this seminal weekend that you get the sense of being in the pub with Billy and Breda; when Breda, mid-way through a story, asks “do you see?” you almost feel like replying.

In 2001, Eden won the Irish Times Best New Play of the Year Award and the Stewart Parker Prize. Here, Decadent fluidly mines the play’s main preoccupations but presents them through a new filter. On day two of Billy’s “holy trinity”, he tells us that “the old beer is meeting the new beer and they’re getting on rael well together”. This production feels like the dramatic equivalent.

Brendan Daly is a freelance arts journalist and critic for publications in Ireland and the U.S. 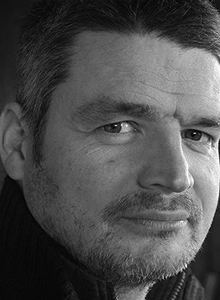 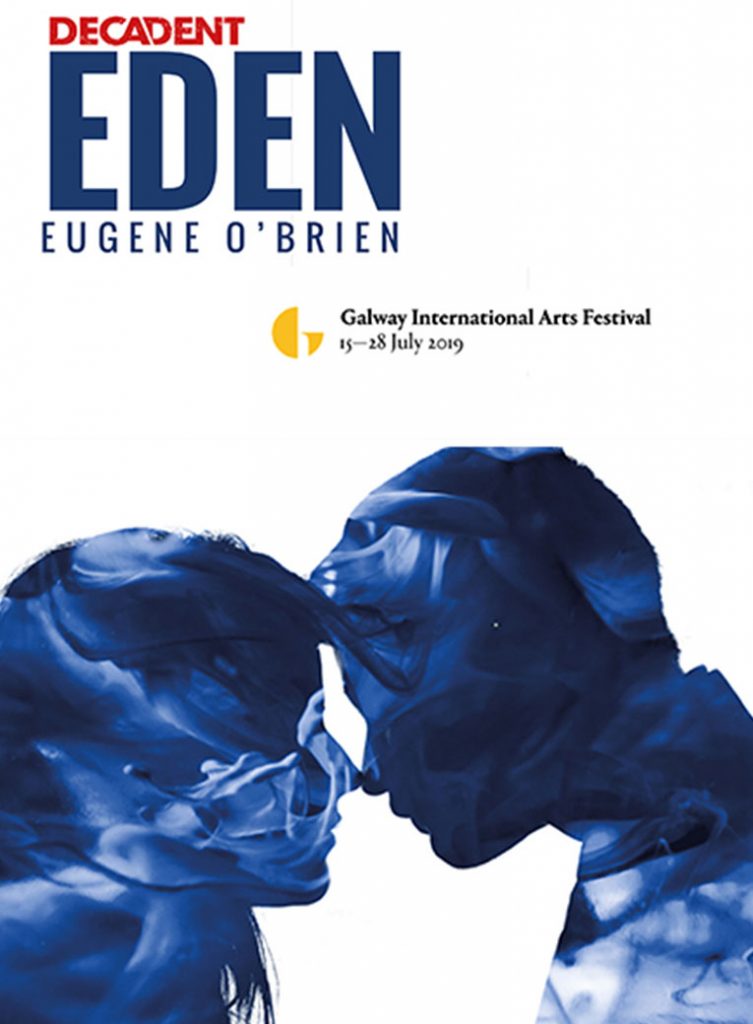 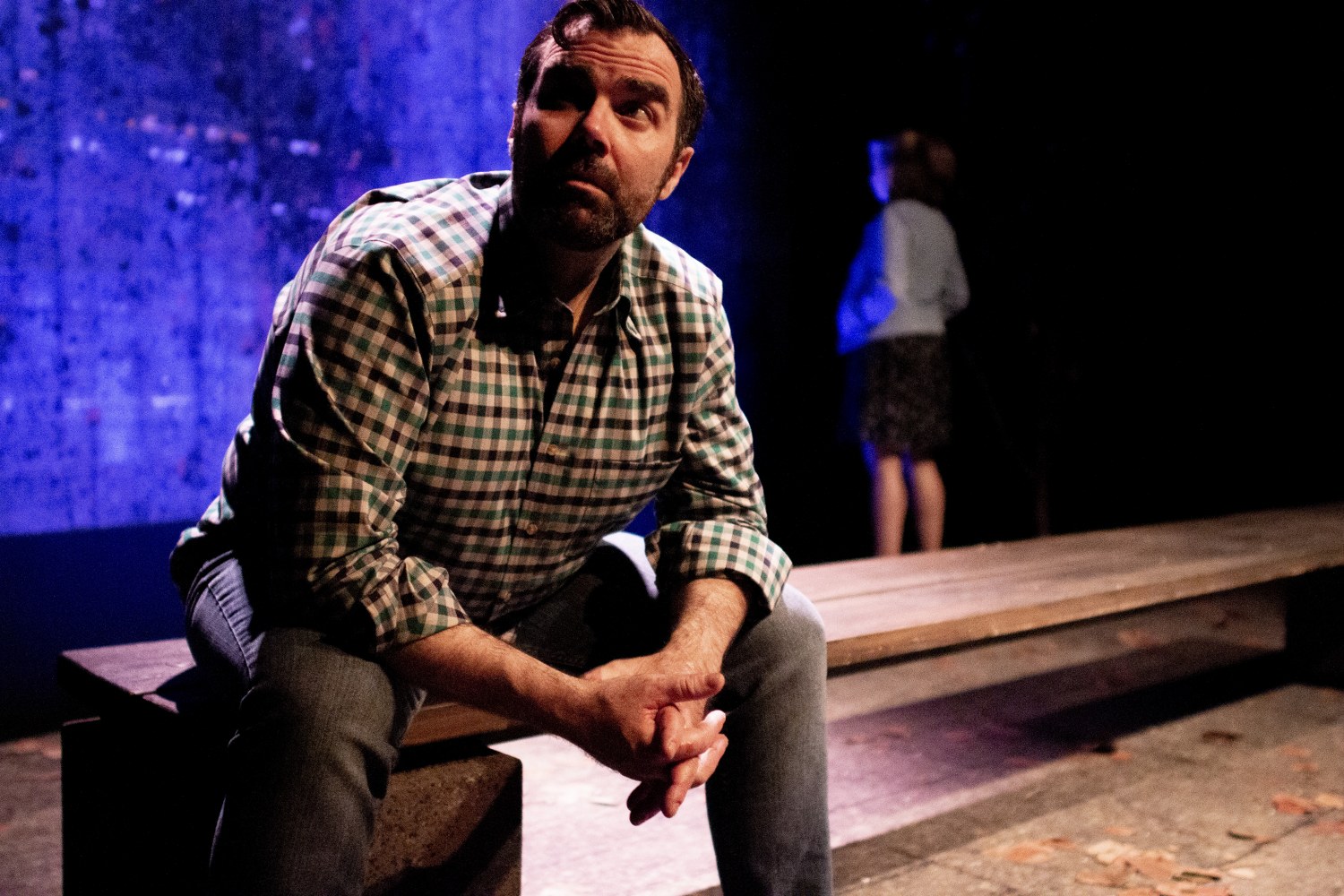 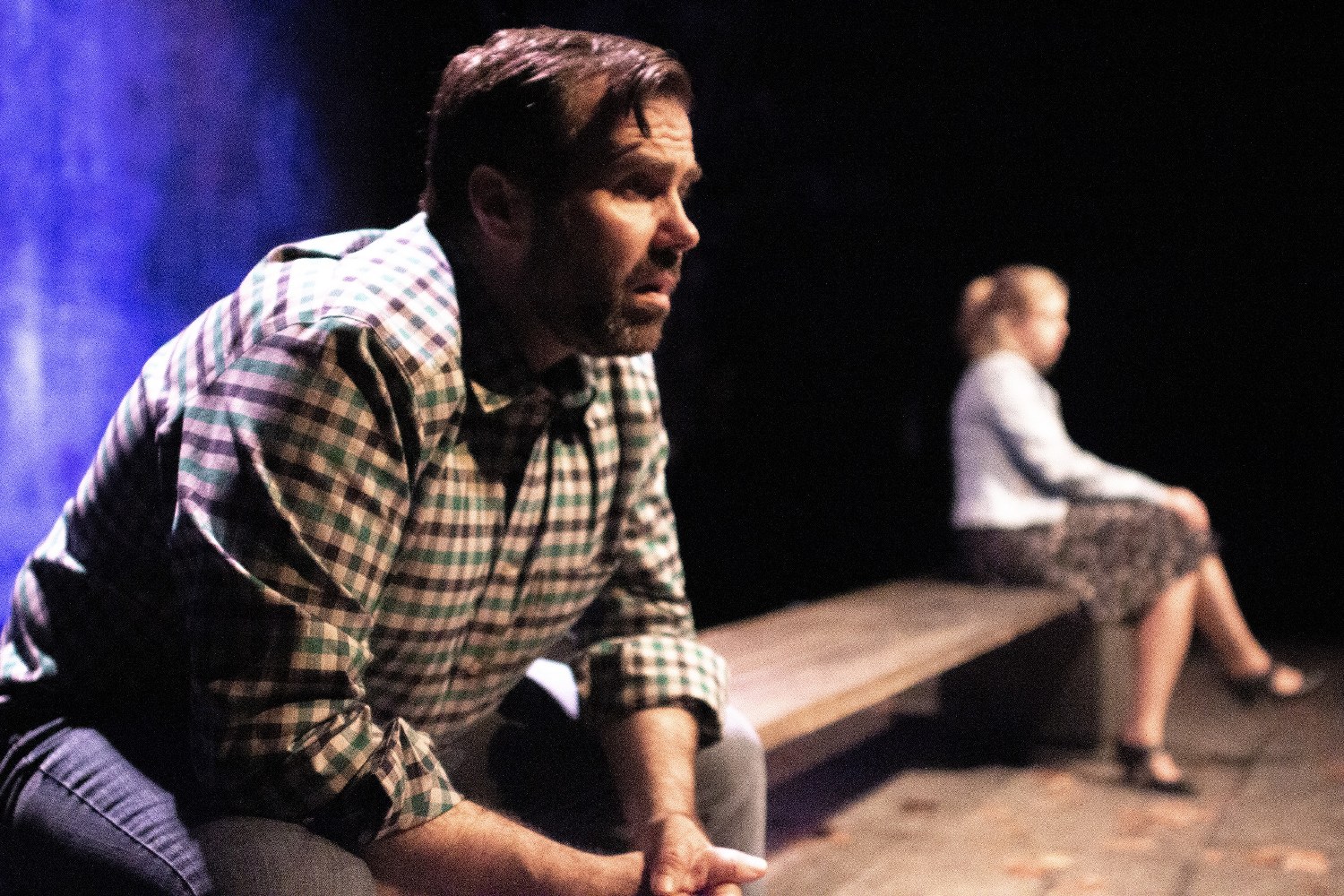 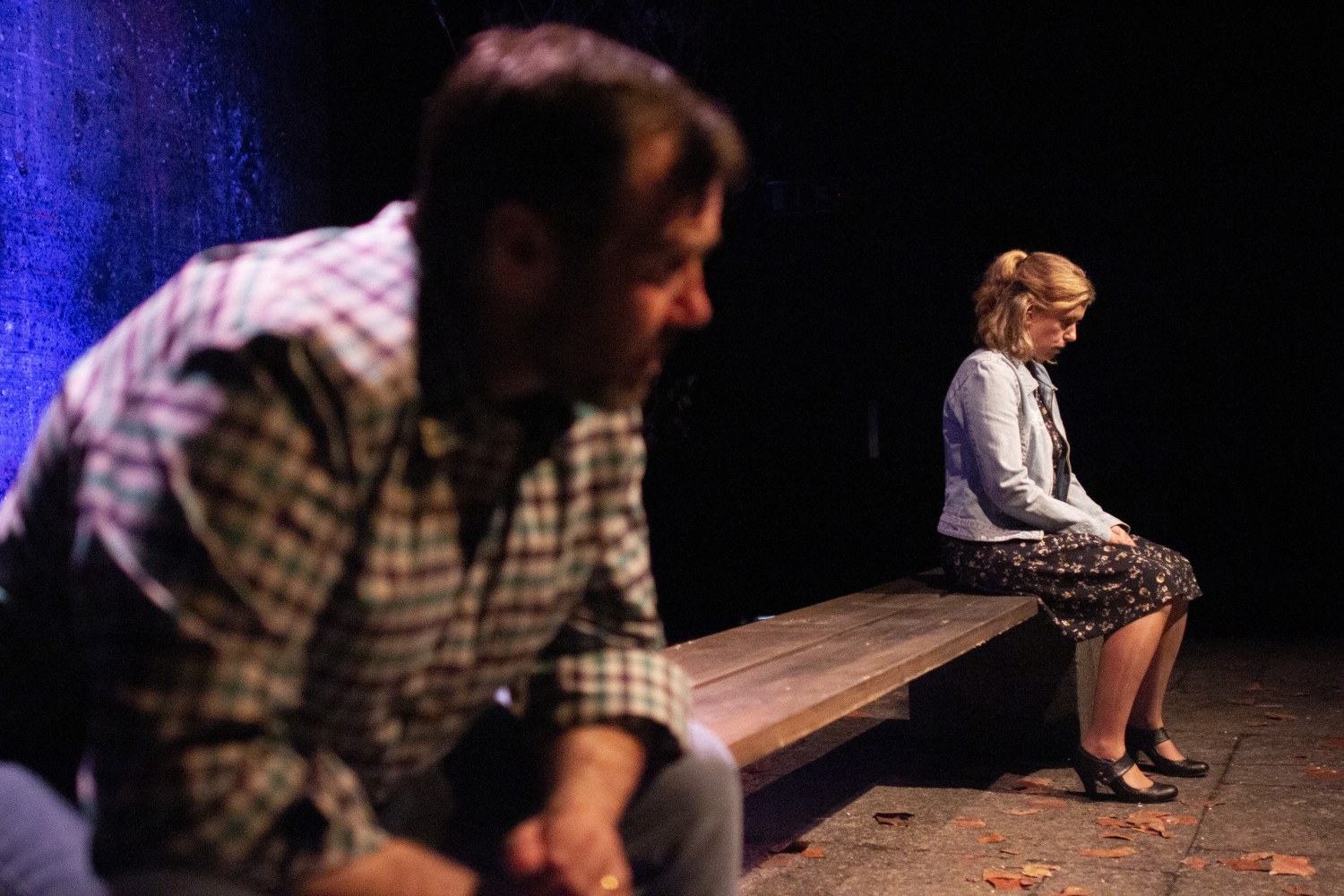 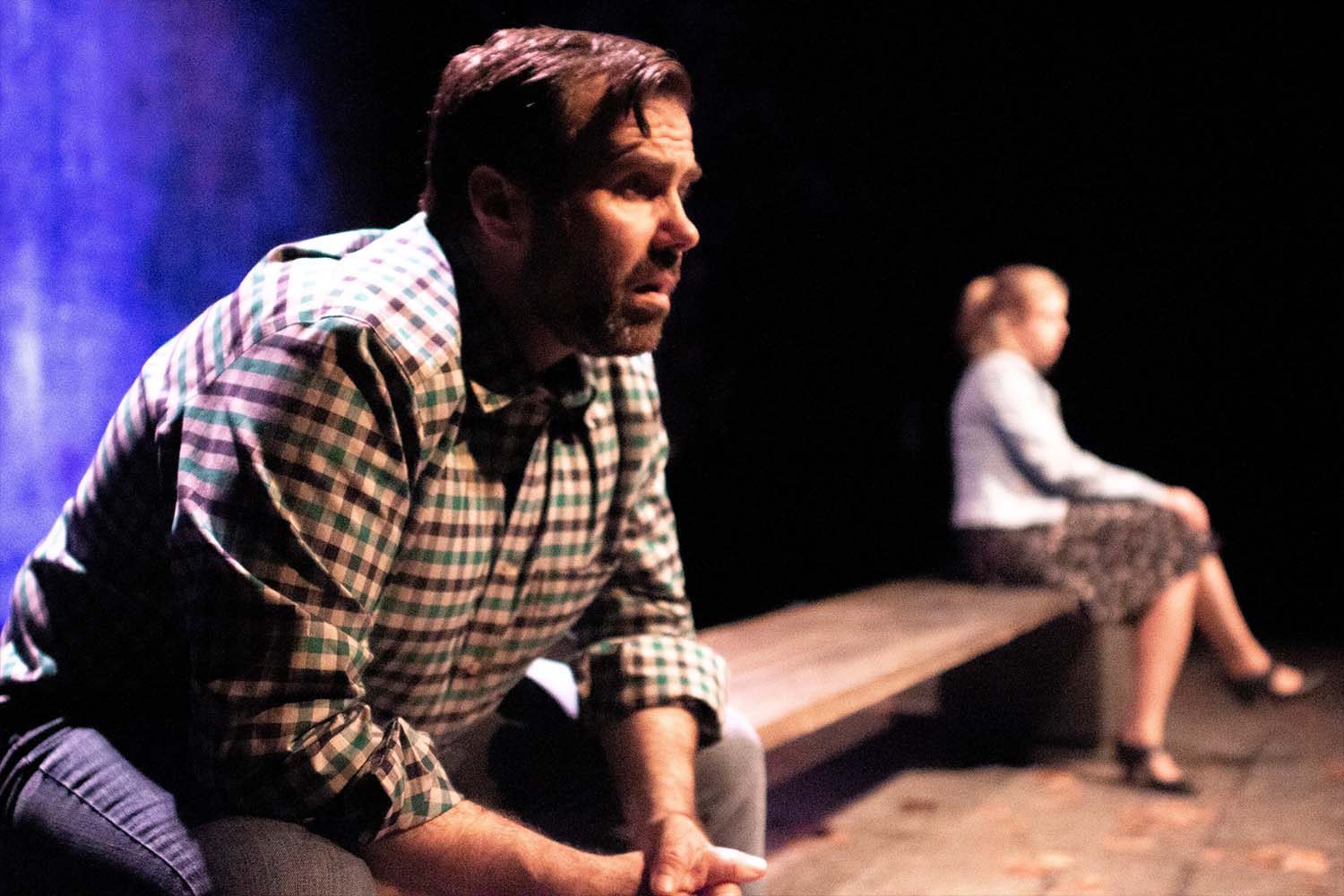 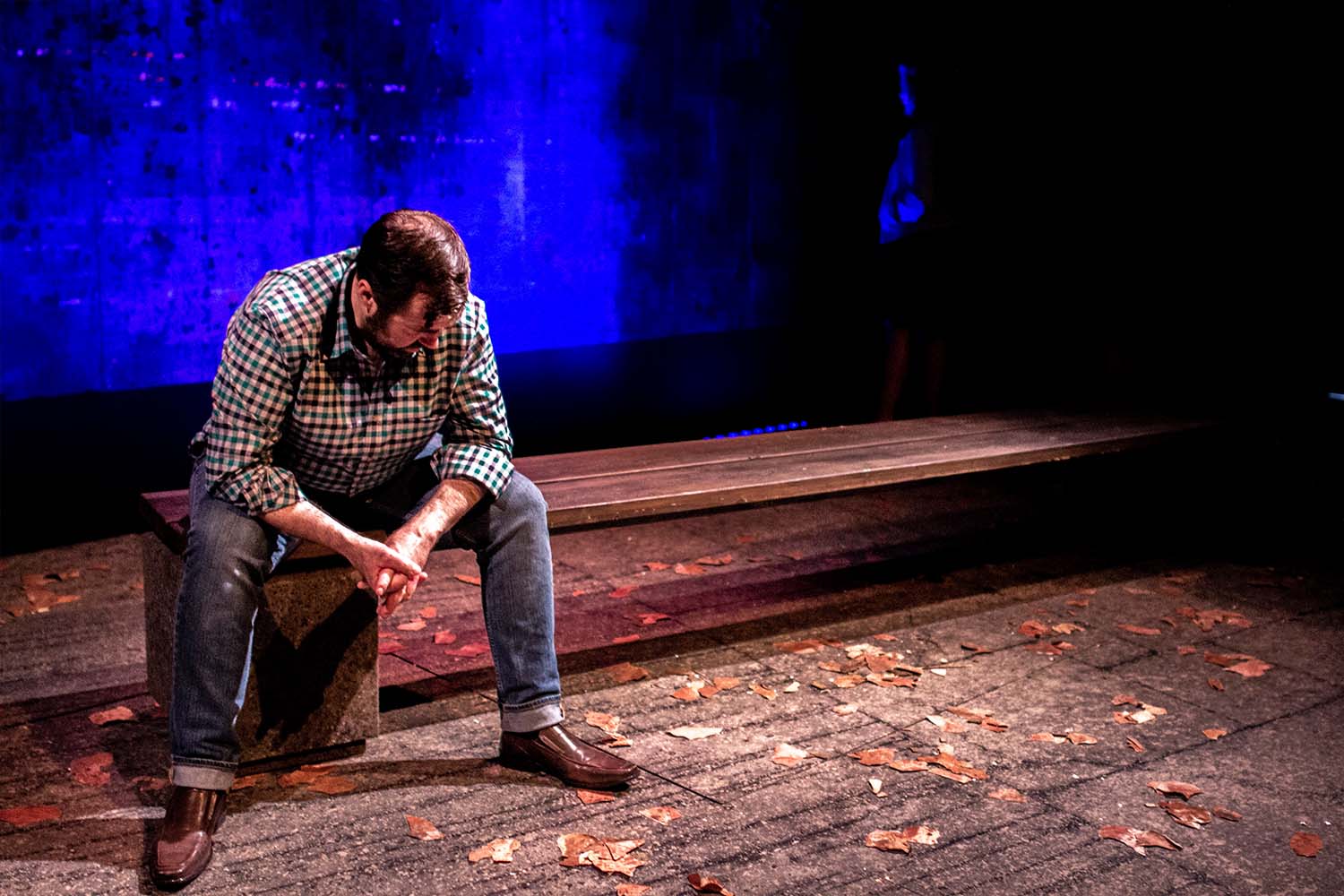 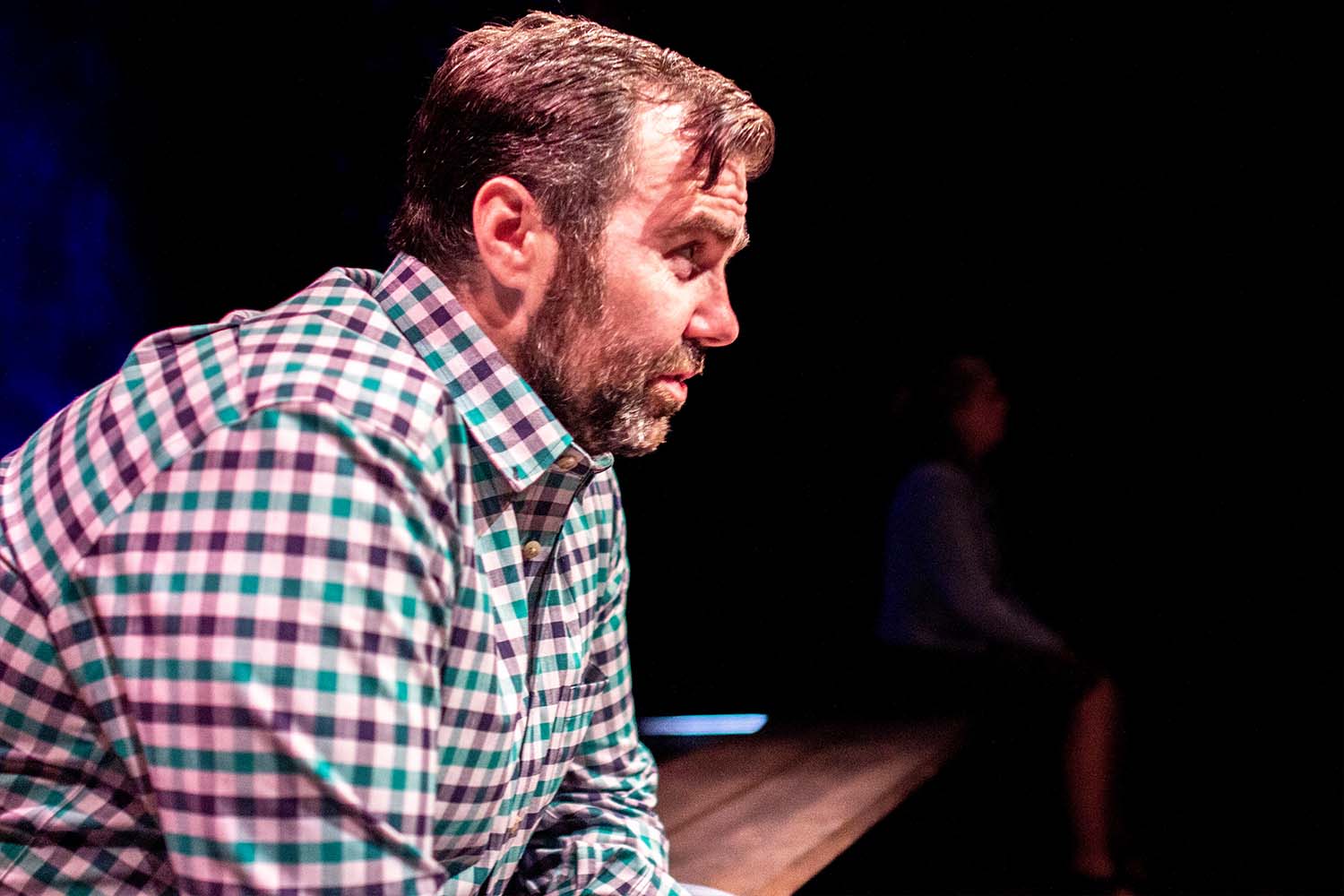 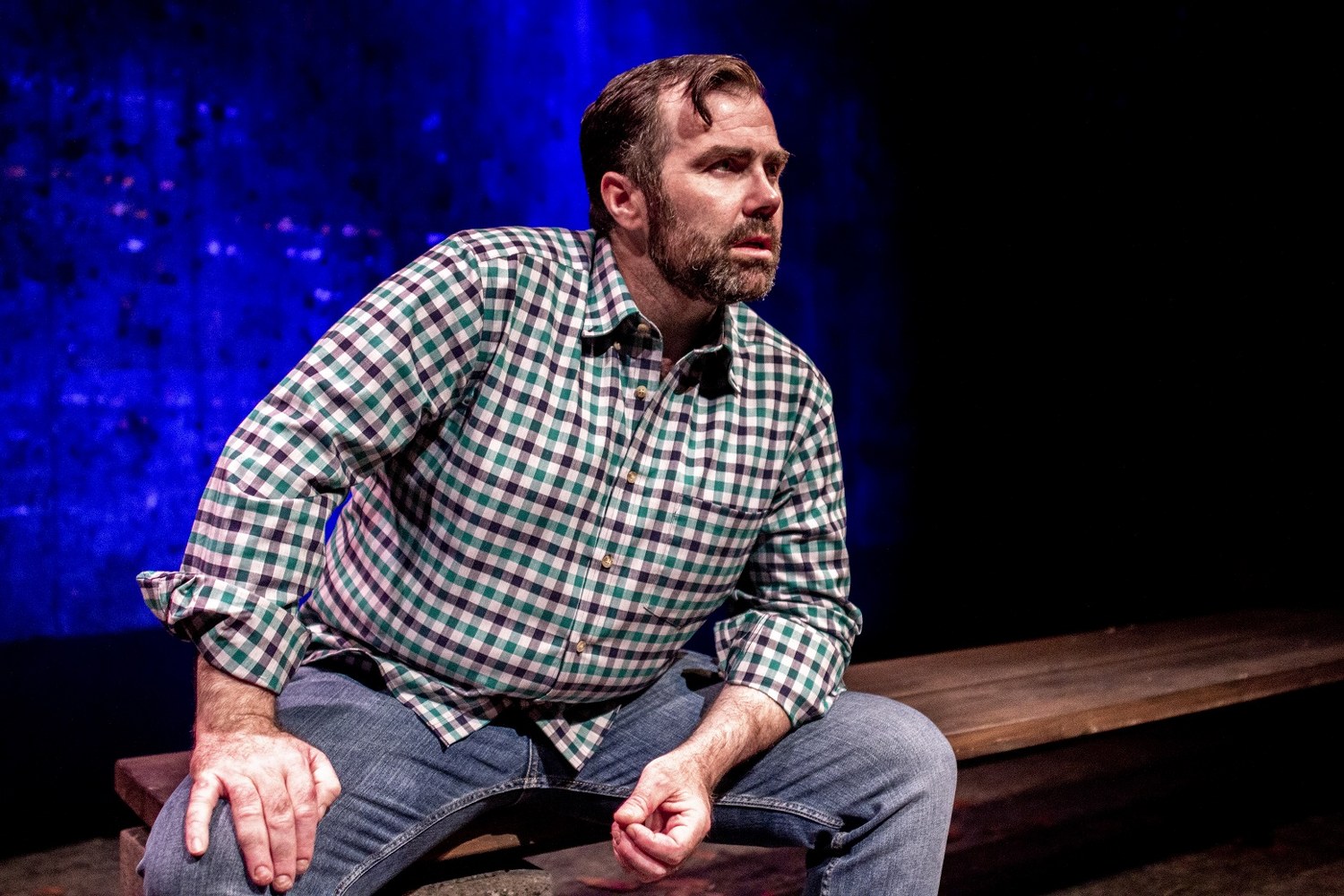 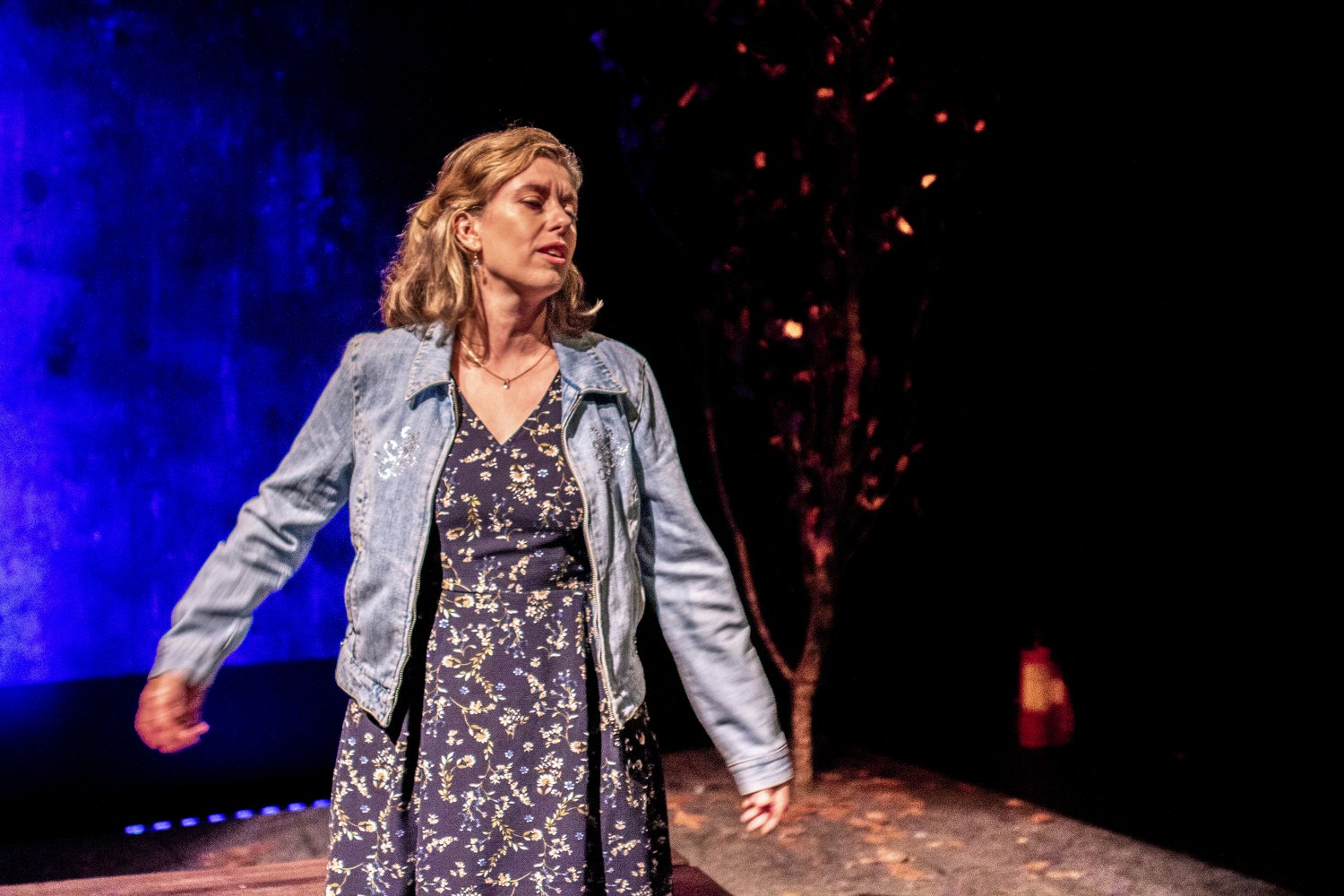 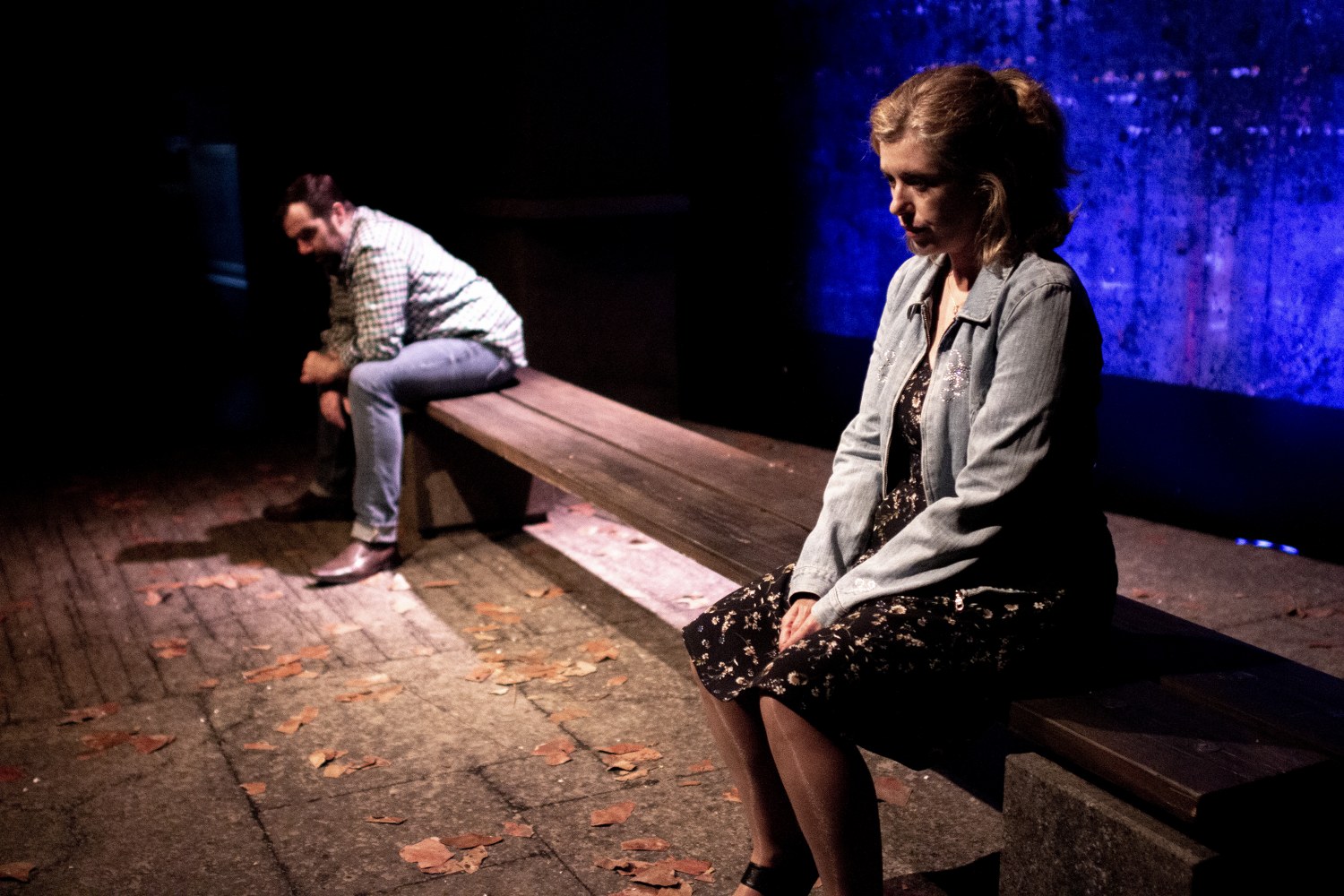 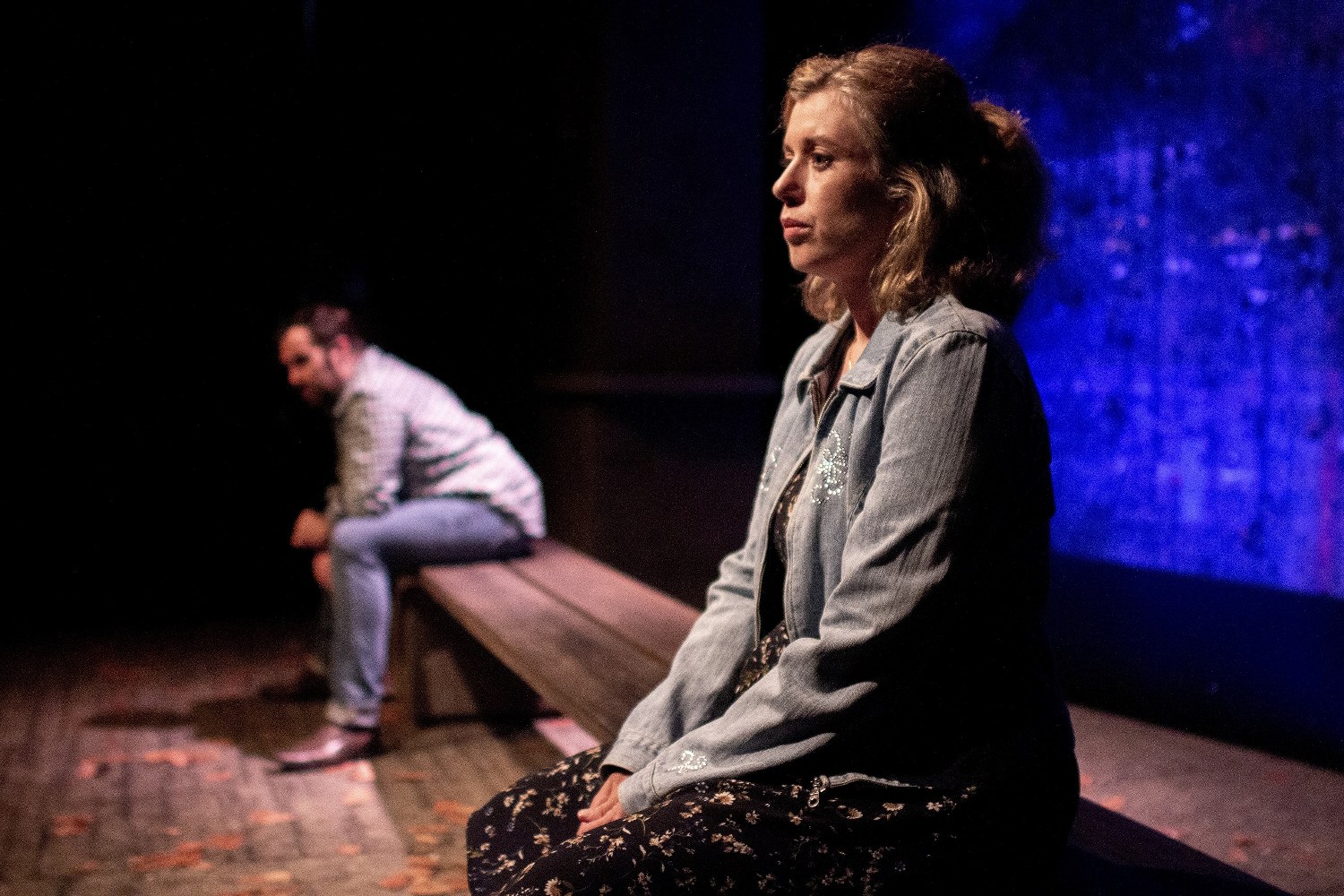 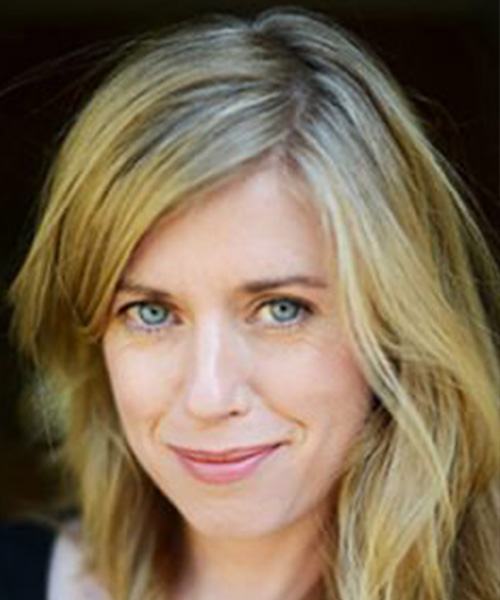 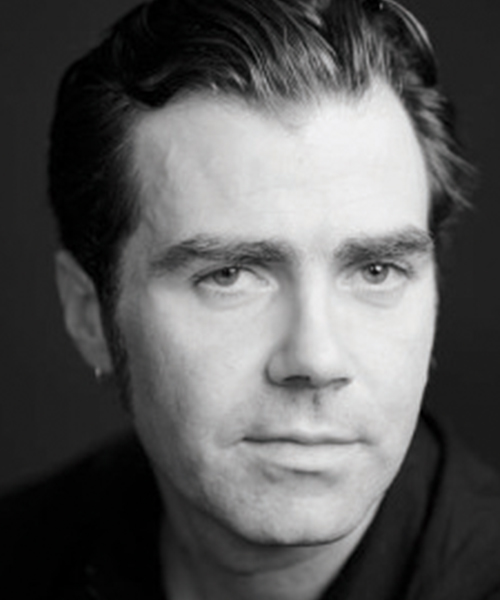